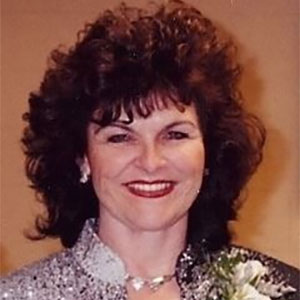 Debbie Powers has a long history in food concessions, leadership, and being a true friend and mentor to many of us in the industry!

At a young age she worked with her cousin, Barb Wilson-Pokorny and Bob Lawrence, learning mobile food service from the ground up. By her early twenties with her sharp business sense and pure determination she, had branched out on her own working with local shows throughout Western New York eventual finding her forever home with her future husband Les(Corky)Powers on Amusements Of Rochester which evolved into what we know today as Powers Great American Midways!

Over forty years later Debbie has one of the finest Fried Dough operations in the country and is still as hands on as she was some fifty years ago. Her attention to detail and cleanliness are unsurpassed! While also assisting her husband in running the day to day operations of one of the largest, nicest, family-owned portable amusement companies in the country!

Her leadership has also been groundbreaking dating back to the 1970’s as the original secretary of The New York State Showpeople’s Association.In more recent times she served as the President of The Showman’s League Of America and is just completing the unprecedented achievement of serving two terms as The Chairperson of The Outdoor Amusement Business Association. A ferocious fundraiser, ground breaker for women in our industry, an overall woman of faith, friendship, and mentor to future generations!